NAIDOC Orders - Shipping Delays, Deliveries NOT guaranteed to arrive on time | Delivery info
The store will not work correctly in the case when cookies are disabled.
Menu
Account

Carroll & Richardson Flagworld have the exclusive rights to manufacture the Australian Aboriginal Flag.

We produce it in a range of different sizes, styles, material and finishes to suit your needs.

The symbolic meaning of the flag colours (as stated by Mr Harold Thomas) are: 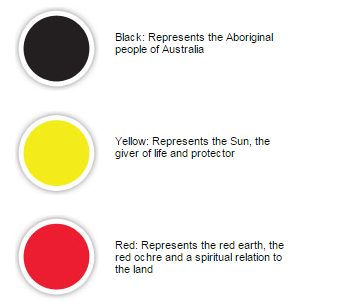 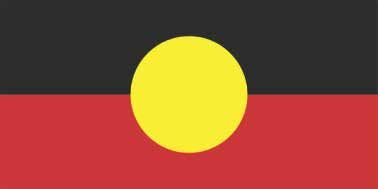 The Aboriginal flag was first flown on National Aborigine’s Day in Victoria Square in Adelaide on 9 July 1971. It has also been used in Canberra at the Aboriginal Tent Embassy since 1972.

Cathy Freeman caused controversy at the 1994 Commonwealth Games by waving both the Aboriginal flag and Australian National flag during her victory lap of the arena after winning the 200 meters sprint. The protocol at the time was that only a country’s national flag is meant to be displayed. Despite strong criticism, Freeman again carried both flags again after winning the 400 meter race.

The decision in 1995 by Prime Minister Paul Keating to make the Aboriginal flag a national flag (and later on the Torres Strait Islander flag) was opposed by many in the community, but successive governments have not overturned that decision and the Aboriginal flag now sits proudly alongside the Australian National Flag (blue ensign) and the Torres Strait Islander flag.

In 1997, the Federal Court of Australia declared that Harold Thomas was the owner of copyright in the design of the Aboriginal flag, and thus the flag has protection under Australian copyright law. Mr Thomas had sought legal recognition of his ownership and compensation following the Federal Government's 1995 proclamation of the design. His claim was contested by two others at the time, Mr. Brown and Mr. Tennant. Since then, Mr Thomas has awarded world rights solely to Carroll and Richardson Flagworld Pty Ltd for the manufacture and marketing of the flag.

On the 30th anniversary of the flag in 2001, thousands of people carried the flag from the Parliament of South Australia to Victoria Square. Since 8 July 2002, after recommendations of the Council's Reconciliation Committee, the Aboriginal flag has been permanently flown in Victoria Square and the front of the Adelaide Town Hall. 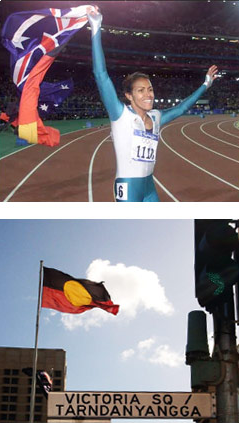